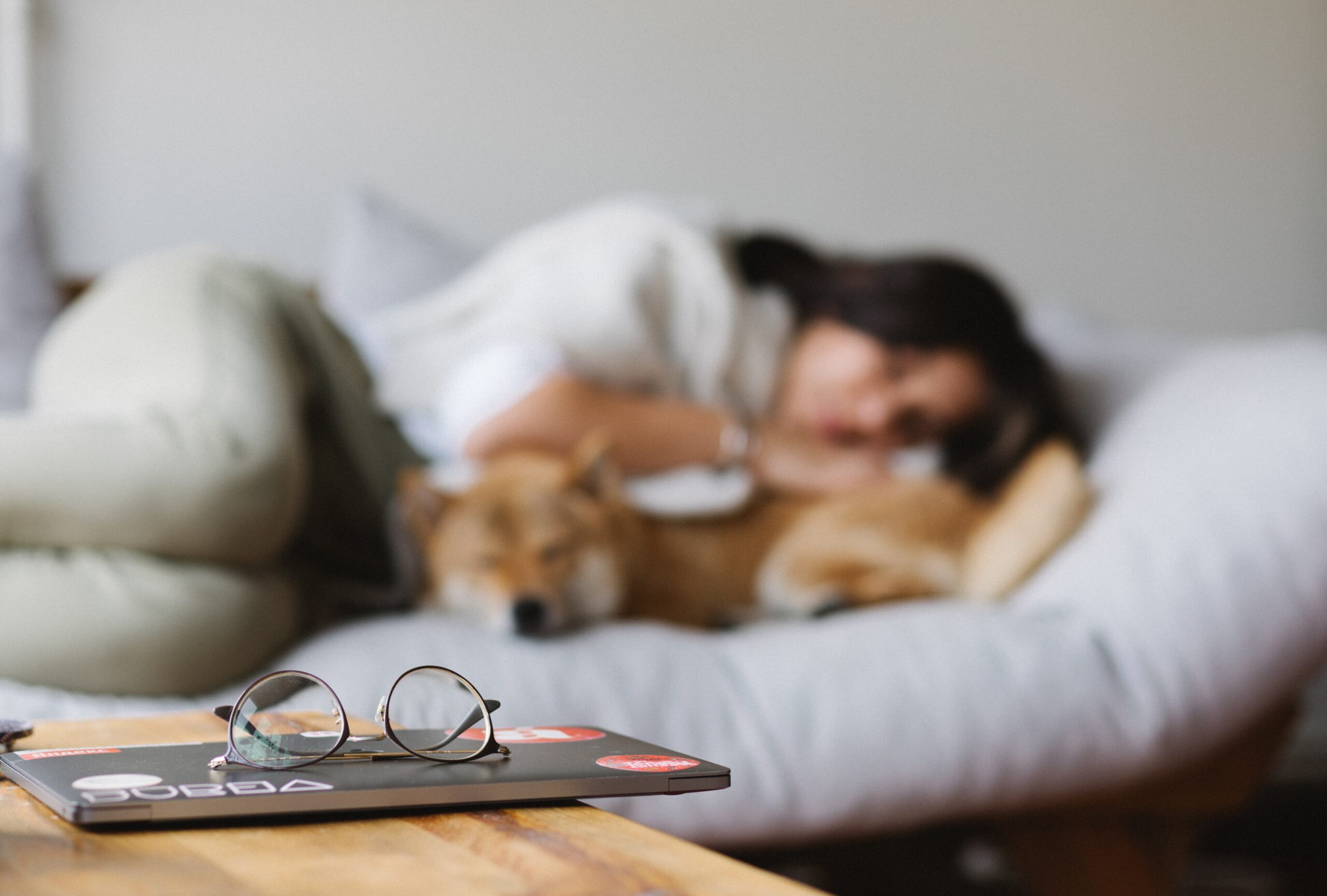 A circadian rhythm is a roughly 24-hour cycle, in the biochemical, physiological, or behavioural processes of most life on Earth, including humans. The term “circadian” comes from the Latin circa,  “day”, meaning literally “approximately one day”.

These circadian rhythms are controlled by a ‘master clock’ in our brain called the suprachiasmatic nucleus. It uses signals like light and darkness to know when to release certain hormones and neurotransmitters that tell us when to wake up and be active or to withdraw and go to sleep. From the beginning of time, people have awakened to morning light and fallen asleep in nighttime darkness. That’s how we’re genetically programmed to operate: We’re energized during the day and sleepy at night.

This is how it works:

In the morning, our body clock responds to the light by producing the hormones cortisol, adrenalin, and serotonin. Cortisol, produced by the adrenal glands, wakes us up and gets us going in the morning. Serotonin helps us regain consciousness, and adrenalin keeps us energized and active. As the morning wears on, the body clock signals cortisol levels to drop while continuing to increase levels of adrenalin and serotonin.

As the day goes on, our body temperature, which starts out low, begins to rise, and so does our metabolism. The body clock signals us to become hungry, and it signals the liver and digestive system to process nutrients. By midday, our metabolism is reaching its peak. That’s why midday is the right time to have your largest meal because midday is when your body is primed to deal with a lot of food.

Later in the afternoon, the body clock reduces its output of active, energetic hormones. Body temperature begins to fall, metabolism slows down, and we begin to wind down. Because of these slowdowns, we are poorly prepared to digest a large dinner when most North Americans have dinner, at around 6:00 to 9:00 PM, which is why smaller meals at dinner time are better suited to your inner rhythm. As the evening progresses and light fades, the body clock signals the pineal gland to convert serotonin into melatonin and we become tired. As melatonin and other sleep hormones increase, our temperature continues to drop, and we start thinking about withdrawing for the night; it becomes difficult to stay awake. This is the best time to fall asleep. Body temperature continues to drop as melatonin is released into the bloodstream.

Melatonin production is controlled by light exposure. Your brain should secrete more in the evening, when it’s dark, to make you sleepy, and less during the day when it’s light and you want to stay awake and alert. However, many aspects of modern life can disrupt your body’s natural production of melatonin and with it your sleep-wake cycle.

Melatonin is a naturally occurring hormone controlled by light exposure that helps regulate your sleep-wake cycle.

This can be difficult because we live in a society that encourages working late hours and spending more time than is healthy in front of screens. “Burning the midnight oil” is far too common and leads to sleep deprivation. Unhealthy foods too close to bedtime, drinking alcohol too late in the evening, and and not taking the time to prepare for bed are all things that will surely lead to struggles with sleep.

Spending long days in an office away from natural light, for example, can impact your daytime wakefulness and make your brain sleepy. Then bright lights at night—especially from hours spent in front of the TV or computer screen—can suppress your body’s production of melatonin and make it harder to sleep. However, there are ways for you to naturally regulate your sleep-wake cycle, boost your body’s production of melatonin, and keep your brain on a healthy schedule so you won’t need to be supplementing with hormones.

If you are practicing these healthy sleep tips and still struggling to sleep well you can contact sleepwise.ca for a free sleep evaluation.

A holistic sleep solutions provider, Sleep Wise works with you and your loved one at any age to create a custom sleep plan, with resounding success.